It was an avenue for older folks to feel young

Yes it was, and we really felt young yesterday afternoon.

The SKP Saguaro Park is a 55+ park, and if you ask around, the average age is probably slipping from 80 toward 75. Be that as it may, some of us are party animals. Not very many of us, admittedly  but some of us. Me? Oh no! Not me.

But yesterday we had a fun afternoon. The park held a chili cook-off  and fifteen or so of us prepared our favorite chili for tasting and testing. Us? Oh no, not us.

Along with the chili cook-off  we had a dunk tank, and twenty or so of us signed up to be dunkees or dunkettes. Me? Oh yeah, me! Suzy? Oh no, not her, but she was out there throwing balls at the target, and inviting others to try to get me in the water. 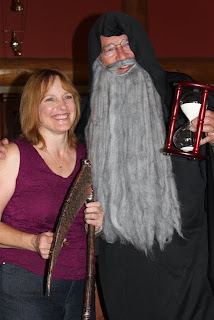 You may recall, but you probably don't, that two years ago, Father Time presented himself at daughter Deb's 50th birthday. 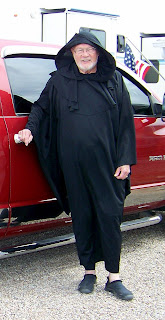 This year, Father Time made an appearance at the dunk tank. 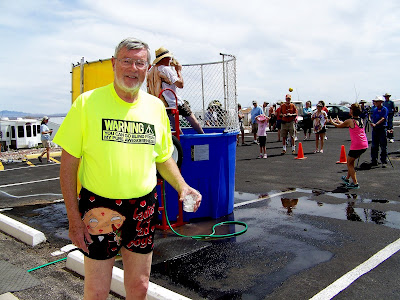 Since Fathers Time's robes would get in trouble being dunked, I had to shed them, to show shorts reading "Ladies Love Bad Boys" and a T-shirt that read "Warning, You Can Go Blind From My Pure Awesomeness." 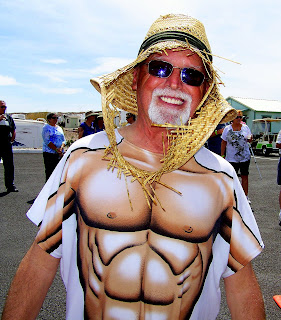 This is Doug Miller. He's our park's Facilities Manager, number one fan, and participant in everything. He was the first dunkee in the tank. His T-shirt was stunning! 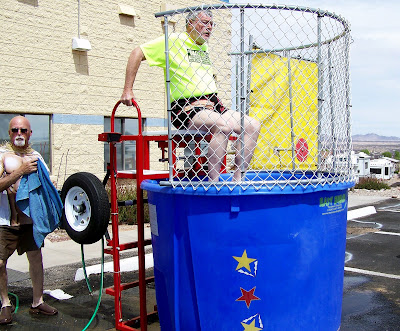 Before getting on the platform, I had to have a margarita. The park was offering them for a donation of $2. Wine and beer were also available. 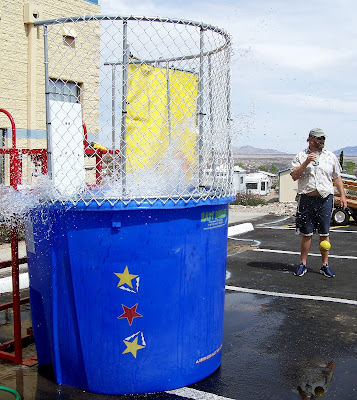 For $1, participants got three balls to throw. I got dunked at least 10 - 12 times in my 15 minutes. Tell you what, it was a lot warmer down in that water than it was up on the platform with the breeze acting as a free air conditioning system! 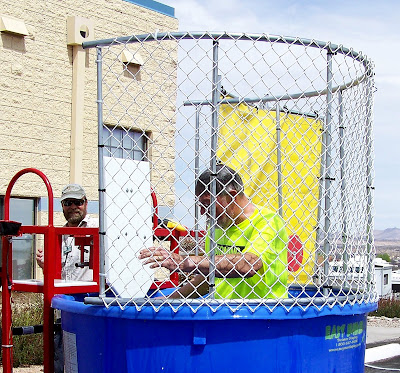 Of course, after my stint as a dunkee (some were pronouncing it "donkey!"), I had to have another margarita, and from that point it was easy. 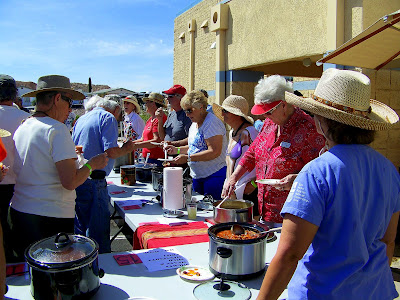 The chili cookoff was a big success. To taste the chili and be able to vote for your favorite  you paid $5, but that included a bowl of (what else?) chili for dinner. We were given a stack of tiny sample cups like you'd get at Costco plus a teeny little spoon. You walked the line of chili pots, sampling each, then voted, by number, for your favorite. To make this a little less formal, everybody who prepared a chili stood by their own pot, ladling out their chili and asking for your vote! 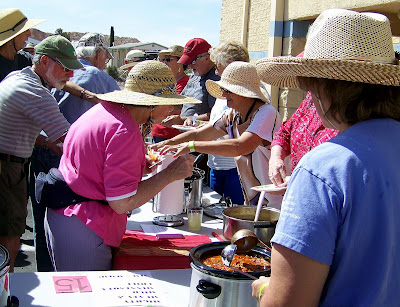 It's too early to know who won, because the party was still going on, but I had to get my fair legs out of the sun. We also don't yet know how much money the park netted from the event. All we know is we are tired but elated by this fun day in ... Our Life on Wheels.