We're a Little Late With This One, Folks

On Labor Day weekend, we were headed for Reno to visit Kathie in the hospital following her back surgery.

To get to Reno, you follow US 395 north until it runs off to join US 50. Right at that intersection, as we were about to turn, we noticed that the Nevada State Railroad Museum was having a special event. The antique engines were on display, puffing and blowing.

Of course, we were the the right turn lane, and the Museum was on the left, so we wheeled into a parking lot, made a big fast circle and ended up headed back into the Museum's parking lot.

Now, we had been here four years ago, and visited these antique engines inside the museum. The major display piece is good old Number 22, the Inyo. 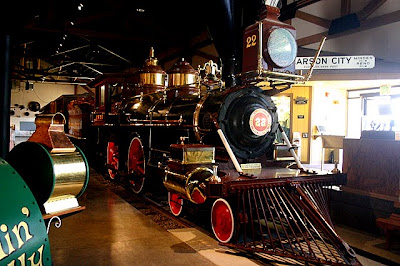 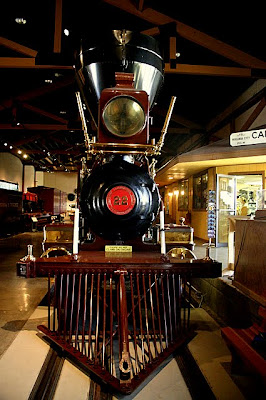 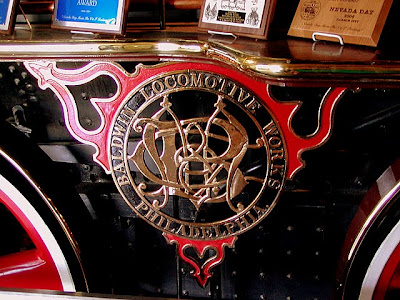 In 1937, Paramount Pictures acquired the Inyo, starring it in High, Wide and Handsome in 1937, and other films later. More recently, it was featured in the TV Series Wild, Wild West." Number 22 has made appearances at Promontory, Utah (for the Gold Spike Centennial in 1969), and appeared as the Central Pacific's Jupiter (one of the two original engines) at the Gold Spike National Historical Site.

But this year, Number 22, and its less colorful partner, Number 25, were out on display, and were even being used for passenger rides! We pulled in and parked, I grabbed my camera and headed out to the other side of the station to get some pictures. Suzy is not as agile, and stayed in the car to watch from the comfort of the front seat. Here's some of what we saw: 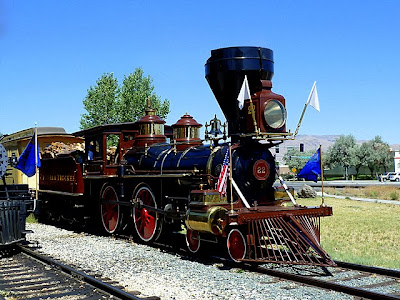 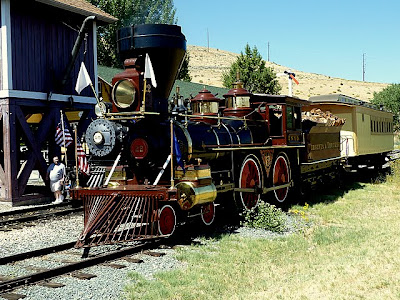 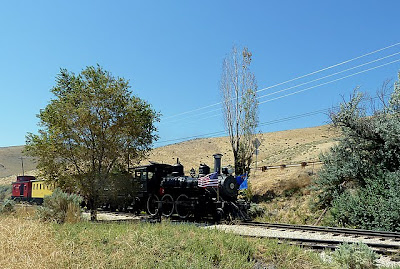 Another event was in full swing while we were at the museum, and if we had known about it, we would not have eaten lunch at home that day. The Carson City Fire Department was holding a hamburger cookout, open to the public. And they had this old Fire Engine on display. 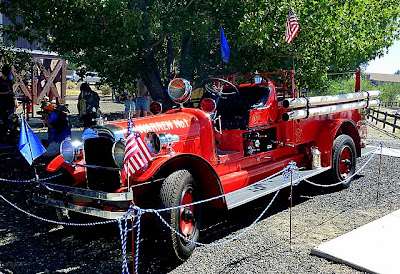 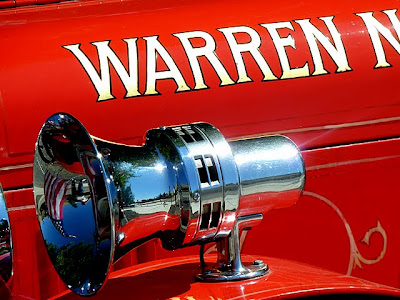